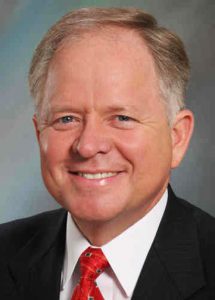 John A. Crawford was first elected Nassau County Clerk of Circuit Court and Comptroller in 2005 and has been re-elected to this office ever since. Mr. Crawford is a tireless advocate for innovation, transparency, and service to the citizens of Nassau County and the state of Florida.

Mr. Crawford served on the Nassau County Commission from 1990-1998 and was the first Republican elected to the Commission. He served as District Representative to Congressman Ander Crenshaw and was appointed by Gov. Lawton Chiles to the Commission on Local Government.

Mr. Crawford’s public career continues to be hallmarked by his commitment to improving the lives of citizens in Nassau County by offering the highest quality customer service and effective cost control.